V.K. Vandaveer, P.L.L.C. is a Washington, D.C. area law firm dedicated to helping entrepreneurs and professionals achieve their immigration and business goals. Our clients include investors, employees and companies coming to the U.S. and U.S. enterprises expanding overseas.

Having lived and worked abroad, our staff understands the unique aspects of international practice and living and working in a foreign country. We use our experience to successfully guide our clients through the variety of business, legal, and cultural issues that typify cross-border transactions.

For more information about our business and related immigration services, please explore the rest of our site or contact us for a consultation at +1 (202) xxxx or xxx@com. 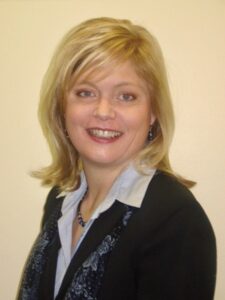 Vonda K. Vandaveer is admitted to practice law in California and Washington, DC. She has lived and worked in the United States, the Middle East, North Africa, and the Balkans representing clients in their international business transactions, U.S. government contracting efforts, and immigration matters. She has worked in both the private and government sectors.

In addition to representing clients, Ms. Vandaveer also served as a justive advisor and program manager to the U.S. Department of State, working on rule of law and justice sector reform projects in Afghanistan and Latin America. She also has received professional training in consular processing at the U.S. State Department’s Foreign Service Institute and has performed consular services for a U.S. embassy overseas.

Prior to earning her law degree and license, Ms. Vandaveer worked for 10 years as a journalist on the east and west coasts of the U.S., winning awards for her news coverage.